The price of crude oil is the biggest determiner of what consumers pay at the pump for gasoline and diesel. It’s also a major contributor to petrochemical manufacturing costs. Members of Congress right now are debating a series of taxes designed to make the crude oil that runs through U.S. refineries more expensive. And they’re not stopping there. They’re also exploring a 20-cent per pound tax on American-made plastics. Can you think of a worse time to be doing this?

President Biden says he opposes gas taxes, is against higher taxes for working families and was just asking OPEC to increase oil production to ease prices at the pump. Congress should not be considering taxes that would have the opposite effect.

Adding new taxes to plastics and any barrel of oil that runs through an American refinery is the same as raising taxes on American families. Families will just be feeling that pain at the pump and in the prices of everyday goods made with plastic.

China is investing billions in new refineries and petrochemical sites. In contrast, our elected officials are considering policies that will make it harder to manufacture in America and could shut our facilities down. These taxes should be a non-starter.

Send your member of Congress an email urging them to say no to new taxes on American-refined energy and American-made plastics. 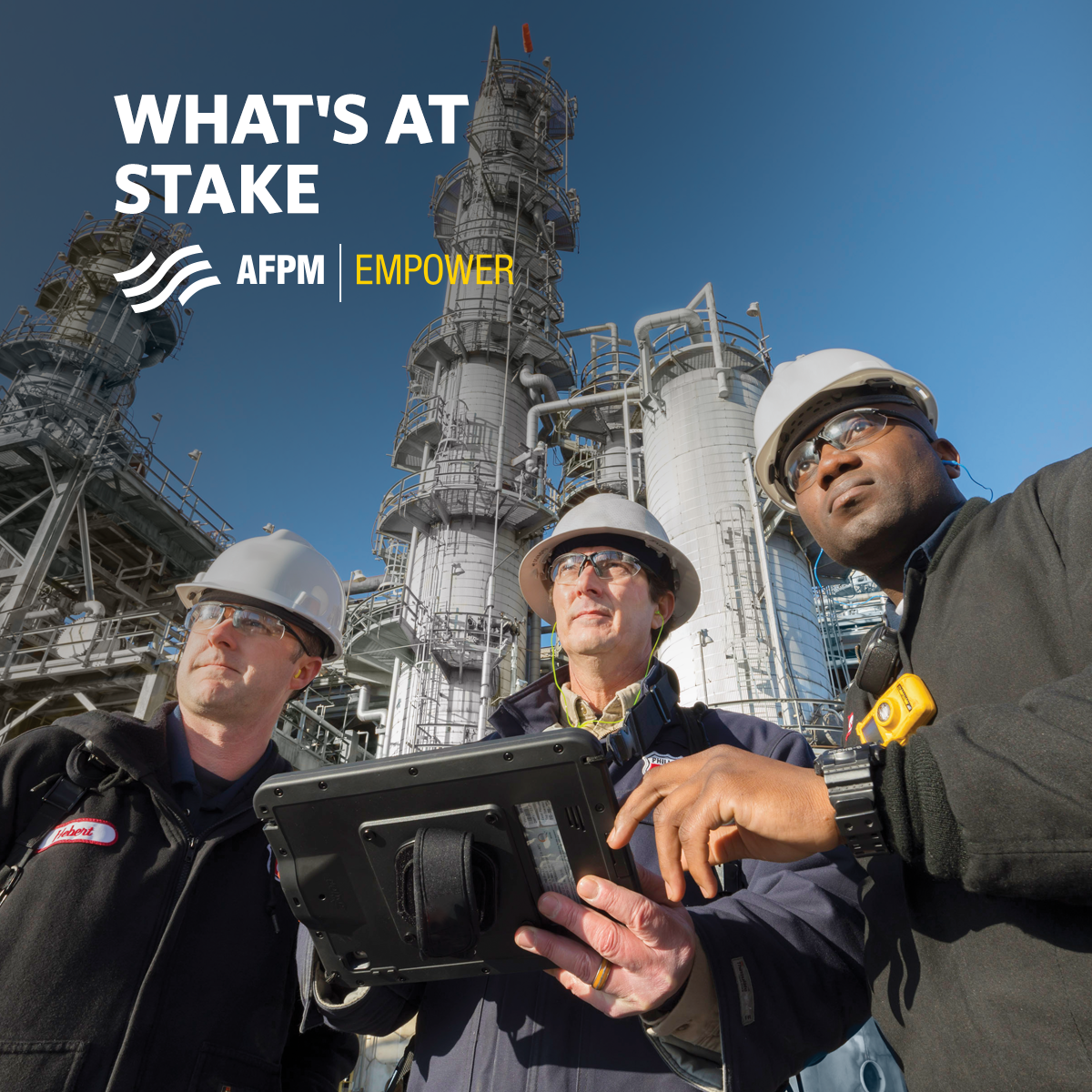